Who Are "Full Stack Developers"?

Published May 5 2020 by Équipe des communications
Back to insights

In recent years, companies have been looking for more and more full-stack developers. But what does a full stack developer do? Alithya would like to enlighten you.

The notion of the full-stack developer comes from the United States, and was created in 2008 by Randy Schmidt to talk about the "all-purpose developer". The full-stack developer has many skills which enables them to intervene in vast and varied fields. They must be familiar with the main technologies and programming languages of today. Autonomous, they have the ability to develop a website on their own, from conception to online publishing.

As a result, they may be required to work on very different missions. They may work on the back-end as well as on the front-end of a website or application. They can also be in charge of the site architecture, the user experience and even the system administration. Sometimes, they will also have the role of web designer or multimedia developer.

Considered to be a real jack-of-all-trades, a full-stack developer has versatile skills, as they may be required to work on every stage of website development. Depending on the needs of the company in which they work, the role of a full-stack developer can vary. Thus, they must be able to perform different functions, even if their work consists mainly of front-end and back-end development.

> Front end: They must be able to master the front-end of a website. This refers to all the elements of a website that can be seen and interacted with from a browser. To design the front-end, it is important to know JavaScript, HTML and CSS.

> Back end: They must also be able to develop the back-end of a site. Unlike the front-end, the back-end is the "hidden" part of a website, a page visible only to administrators to adjust its layout and functionality. It generally includes 3 elements: a server, an application and a database. To design the back-end and the APIs to access this data, it is important to master several programming languages (.Net, Java, etc.).

> Web Architect: The full-stack developer is also the site architect. They are capable of designing a program and maintaining it. They configure the hardware infrastructure, the operating system as well as the dependencies between the different software components to be used.

The full-stack developer must also manage and plan projects with Agile development methods such as Scrum or Kanban. They must be able to interact with the customer, understand their requirements and document all parts of the project.

Generally speaking, it is necessary for a full-stack developer to master the new technologies and the main programming languages. This type of profile is highly coveted by companies, and one quickly understands the reason for such popularity. 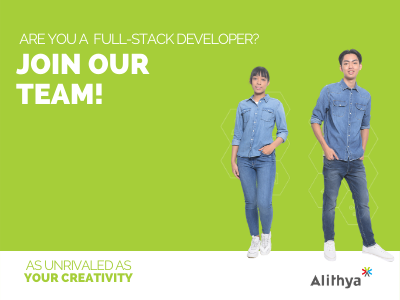